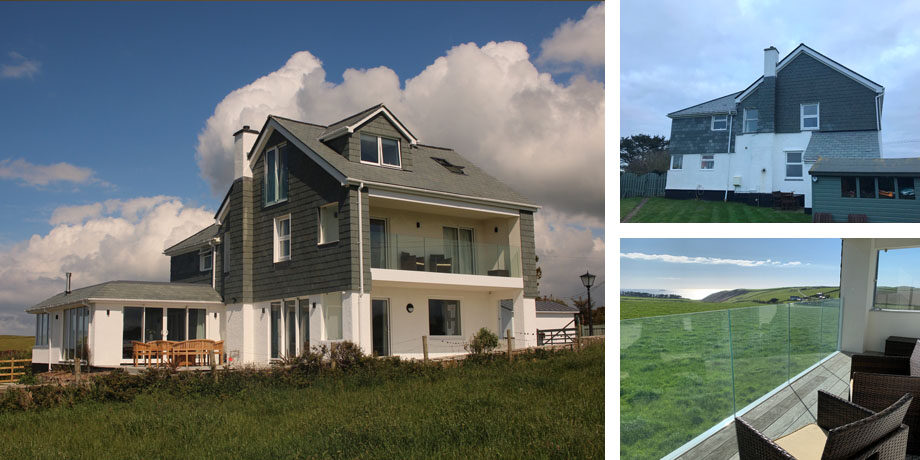 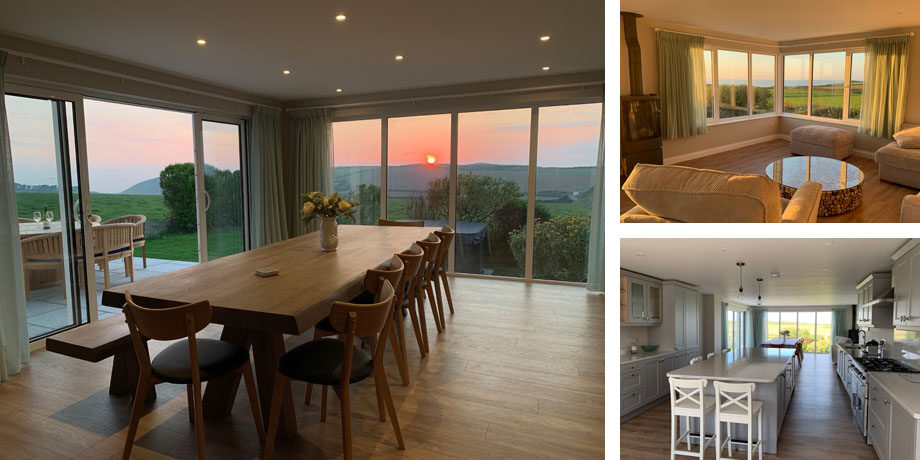 We were appointed in 2019 to remodel and extend a uniquely located property surrounded by National Trust land at Pentireglaze, Nr New Polzeath. The client previously secured a planning consent via another designer but the scheme did not address the brief fully and amount of disruption to the existing structure would be financially uneconomic.

Our scheme sought to retain much of the original envelope but to respond to the site’s setting, enhancing connection to the rear garden which had no access before and framing the coastal views beyond. We sought to reinstate the original 1930’s balcony, which was previously enclosed, creation of a master suite with Juliet balcony in the attic and the design of a large wrap around extension including boot room, shower room, ground floor accessible bedroom/home office and large open plan kitchen, living and dining space. Other subtle remodelling works were facilitated to enhance views and connections to the garden spaces, along with the creation of a new vaulted entrance porch and garage outbuilding. The family home was primarily designed for a growing young family but uniquely flexible to accommodate a number of guests.

Remodelling and extensions to enhance the connection with the garden and the panoramic coastal and country views in the AONB.