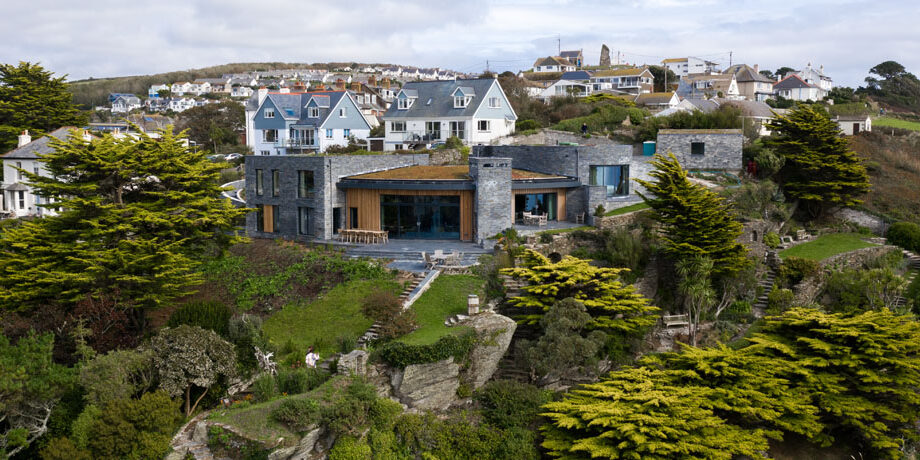 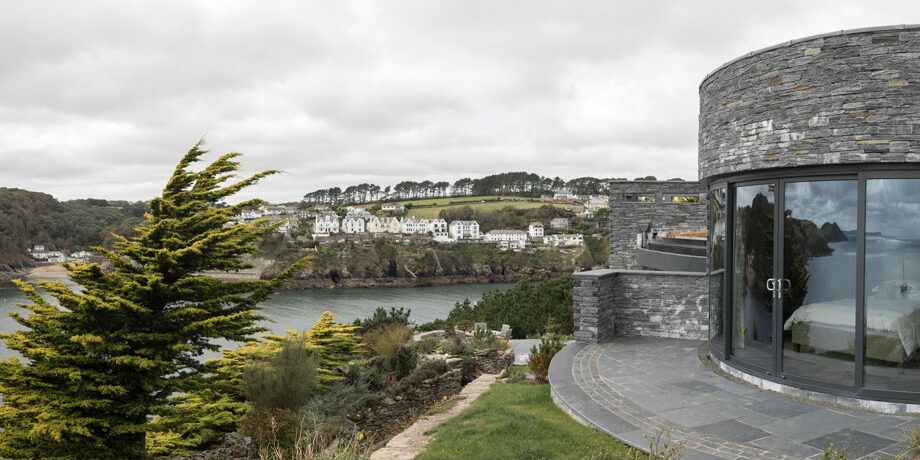 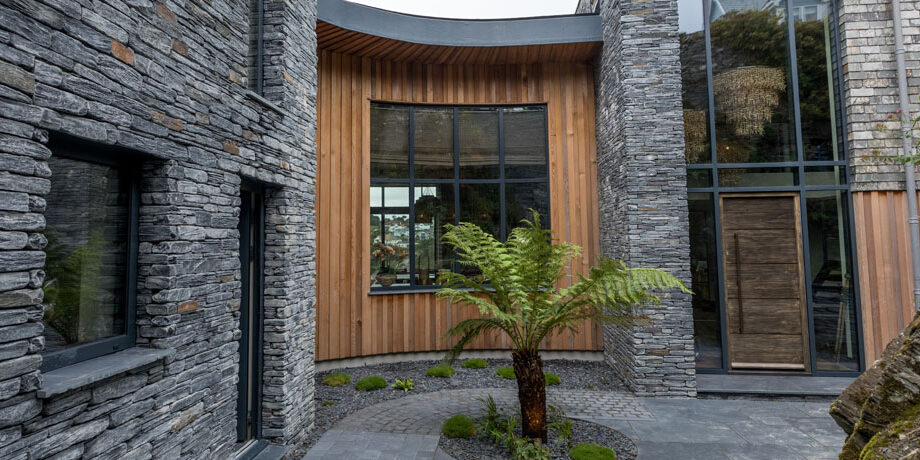 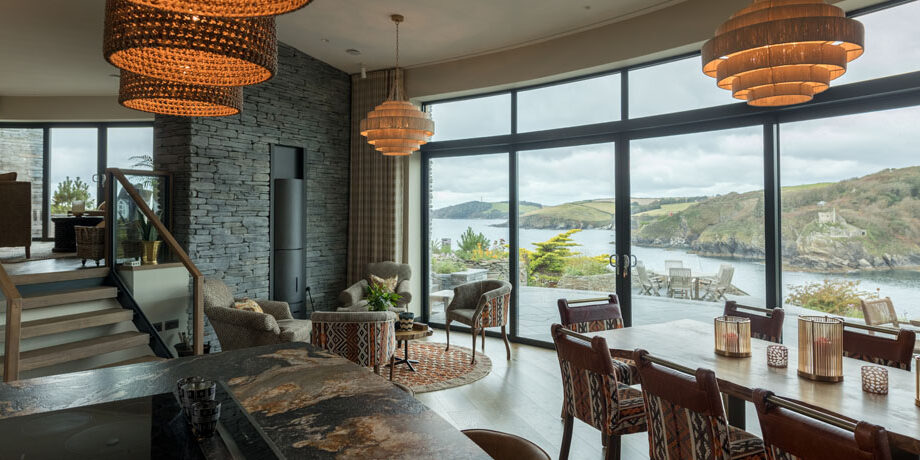 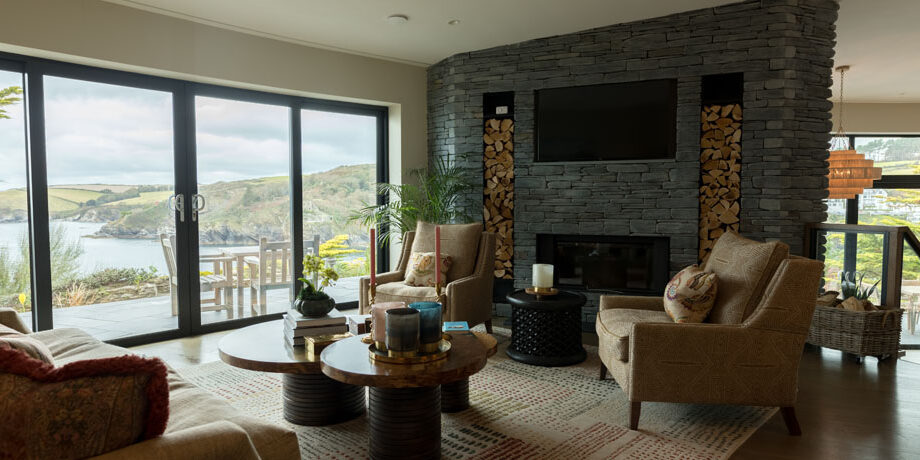 We were appointed in 2016 to assess the redevelopment options for a site at Polruan, Fowey. The site is prominently located on the headland of Polruan at the mouth of the the historical natural harbour of Fowey.  This part of the Cornish coastline is set within an AONB (Area of Outstanding Natural Beauty). The site can be seen from the Town of Fowey, Readymoney Beach but also the historic artillery forts built by Henry VIII in the 1530s, these were constructed to defend Fowey Harbour.

On the site stood a bungalow which was reaching its end of life. Working with the client we agreed to replace the dwelling. Our scheme was developed to sensitively sit in the landscape and be recessive in nature. We drew inspiration from the stone built forts which are located on each side of the estuary. We carefully selected recessive palette of materials such as Natural stonework, cedar cladding and bio diverse roofs. Planning permission was obtained with support from the AONB under delegated powers first time.

The project has received much praise and admiration. It has been Highly Commended in the South West Building Excellence Awards 2021 – Best Individual New Home and has received the 2021 Cornish Buildings Group Award for an ‘outstanding new building’ where the judges commented:

“The judges were unanimous in their admiration of the house approving greatly of the quality of design, applauding not only the very high quality of the design but also its subtle evocation of Cornish distinctiveness and the clever exploitation of the site. The judges were also impressed by the way that the house makes a bold statement whilst respecting the sensitivity of its location.”

"It is particularly gratifying that the local people overwhelmingly applaud what has been created. Architecture can polarise people’s opinions but on this occasion you have managed to create something that (as far as we know!) has unanimous appreciation." 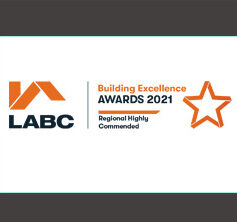