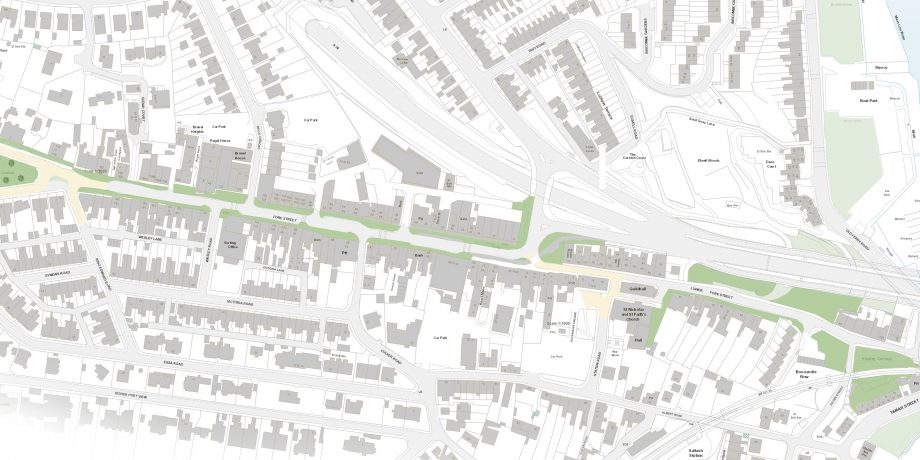 As a practice we try to be proactive in supporting local communities and in 2016 we became involved with the Saltash Neighbourhood Plan and have been represented on the Steering group since then.  Saltash is a medium sized town in South East Cornwall and as it is the first place reached when travelling to the county via the A38 it is often referred to as ‘the gateway to Cornwall’.

Following the initial public engagement and results of the pubic questionnaires where collated, a number of themes emerged and so focus groups were developed to research these ideas further before ultimately developing a set of policies.

We have participated in public engagement activities and produced diagrams to support the policies developed by the group.  In particular we have looked at the idea of the ‘Green Boulevard’ which is one of the key ideas of the Plan which will link the top entrance to the town at Carkeel all the way through to the Waterfront.  Green spaces were considered particularly important to ensure different areas of the town maintained clear links to each other.  We were also asked to consider 3 of the key junction on this route, which are Burraton Cross, and the top and bottom of Fore Street, all of which were identified as having the potential for improvement.  We have therefore looked at the idea of expanding green spaces where possible, introducing more planting and giving more consideration to pedestrians and cyclists as well as encouraging the use of public transport through better locations for bus stops.

Neighbourhood Planning is vital as it gives the local community a chance to have a say in how they wish their Towns and Parishes to develop in years to come.  We feel as architects this is a great opportunity to assist in ensuring a sustainable future for Cornwall.

This was a great opportunity to assist to a local community looking to the future. More architects should get involved with Neighbourhood Plans.